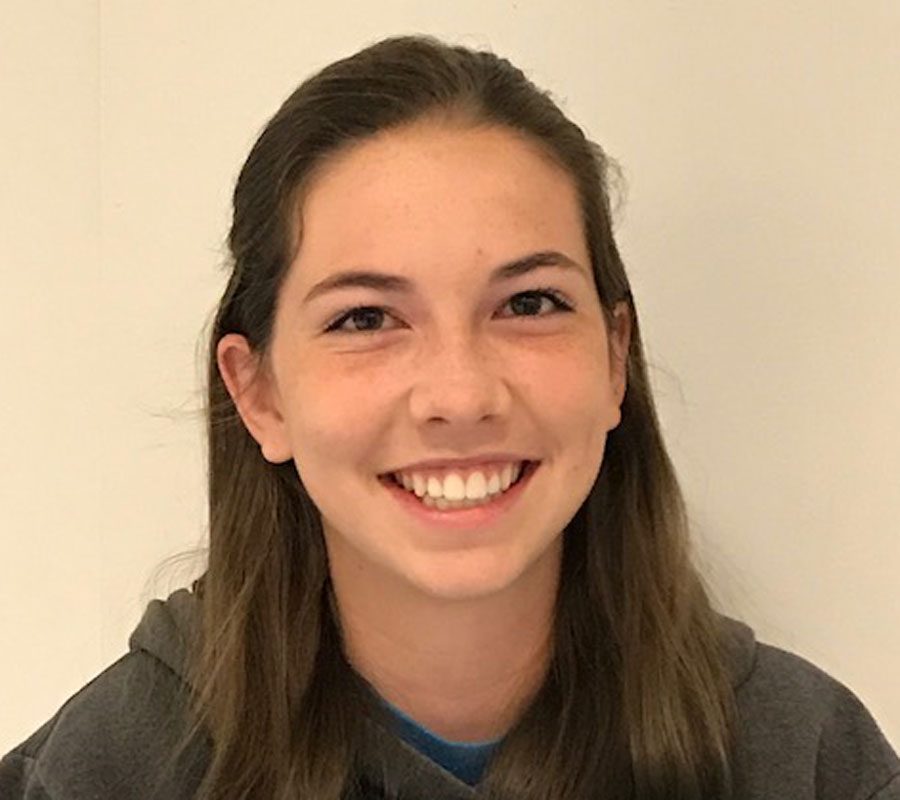 Bailey plays in the Marching Band, Jazz Band, Battery (which consists of students who play bands whilst performing choreography), Pep Band, Winter Drumline, Advanced Percussion, and even plays in the pit for Shrek The Musical. All of her time revolves around the band. Bailey started playing the piano when she was five years old.

Despite her early beginning, Bailey didn’t find a love for music until she was in middle school, and took band for the art credit rather than the actual class. This is where she discovered her talent and ambition. She was good at everything she tried: every instrument, every piece, everything that has to do with the band. She has found a love for something that she didn’t even plan on taking. Bailey wants to continue on with band by minoring in it in college

Bailey plays instruments like cymbals, the trombone, marimba, and the bells. Bailey still takes lessons to help with percussion to develop a good technique and improve upon what she already plays. Bailey says “It’s never too late to start; it’ll pay off in the end” She also talked about how fun band is, and everyone there is friendly and you can make really great new friends. Bailey also talked about Mr. Graber the band teacher, saying, “Graber is a really good teacher. If you don’t understand, he will help you understand, and help you get better.”

Even when Marching Band Season is over, Bailey is still extremely busy, as she does Winter Drumline and Pep Band, which plays music for Bingham Basketball home games. If there is music involved, chances are Bailey is involved as well. Isabel Romero, a junior at Bingham, band student, and friend of Bailey said, “She’s really hard working in band. When she wants to learn an instrument, she learns it. Sadie is really dedicated.”

Bingham is known for their talented band, and people like Sadie Bailey, truly make Bingham’s band well-known and keeps it flowing smoothly. Bailey said, “The reason… [I do] band and I spend so much time doing it, is for Bingham. I want to be a part of and carry on the Bingham High School legacy.” Although Bailey has many competition titles and even national titles under her belt, there is no sign of stopping her anytime soon. Watch out band-world; here comes Sadie Bailey.