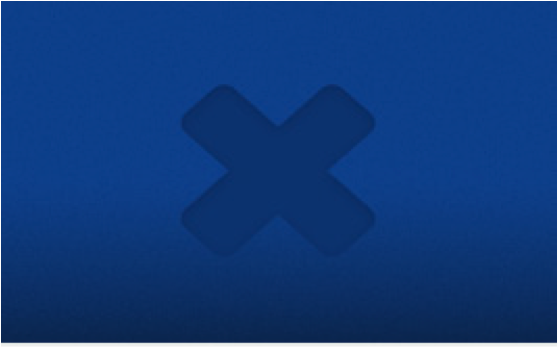 A common result of every student's image search

There is nothing more aggravating than trying to use an app or a website and finding out that it is blocked. Both of the school’s wireless Internet servers block Instagram, Pinterest, Facebook, Vine, and Snapchat. These sites should be unblocked because they are not inherently inappropriate, and using them isn’t wrong. Many times students even need to use them in class, but either cannot because they can only use WiFi, or don’t because it isn’t worth the work of having to disconnect from the school WiFi and use their data. The only social networking site that is not blocked is Twitter. Only Facebook was blocked last year. Many of the other popular apps and sites are blocked, and they shouldn’t be.

The Jordan School District blocked Twitter for a week last year and the students were in an uproar. According to the district technical services manager Ron Bird, Twitter was blocked because students were using it for “sexting.” After a barrage of complaints from enraged students, the block was removed and things went back to normal. While some parents were in favor of keeping the block, the district communication department got a lot of negative feedback. They were called “all kinds of bad names,” said Bird, one of the least offensive being “the Jordan School District Nazis.” The district unblocked Twitter, but they were asked to just allow the text portion of tweets and not pictures or videos.

While the district intended to block media on Twitter, this year it functions fully except for when a video links to Vine, which is blocked. Bird says that the Internet is a “moving target… the content is so dynamic and companies and sites, like Twitter, are constantly changing the way they work.” With the software continually developing, it is difficult for the district to block everything, which is bad for them but welcomed by the students.

When the block on Twitter was removed, peace was restored. Unblocking a site is worth having a happier student body that is more invested in school. It seems that when kids are in a comfortable, familiar environment they are more apt to learn something. The school district needs to realize the direction that society is going right now, and that to get anyone to pay attention they will have to give a little on this issue.

Many educators argue that these social networking sites distract students from paying attention to lectures and doing their schoolwork. While in some cases that may be true, not everyone should be punished because a few people can’t stay off their phones. This isn’t a dictatorship- this is a public school system in a Democratic Republic. If there are repeated offenders, they should have their phones taken away if they are disrupting class.

In many art classes, such as Commercial Art and Calligraphy, students have to get reference pictures and quotes off the Internet. However, because so many sites are blocked, all they see are those pesky blue boxes covering all the “inappropriate” material. The “appropriate” things that remain are most often not what they were looking for.

Why is it the job of the school district to determine what is “appropriate” or “inappropriate” for students to be viewing, and when they can view it? The students should be held responsible for their own choices, and their own education. If a kid is on their phone during an important part of class, it just means they don’t care about what they are learning. When they miss the material, it is their loss. The school shouldn’t have to force the teen to learn by blocking any website that might possibly entertain them.

The general use of phones in class should be up to each teacher’s discretion, but there doesn’t seem to be anything wrong with hopping on Instagram after finishing an assignment, or browsing Pinterest while waiting for others to finish a test. This way, students are not disturbing their neighbors while they are doing their work. Vice-Principal Michael Hughes does not agree. He said, “In very few instances are social networking sites used for constructive, school-related things. Most times they are used for interpersonal drama, threats, and cyber-bullying”.

Hughes believes that the district blocking sites is an attempt to keep the school safe and focused on appropriate material. However, he thinks it make sense if a student is using the internet/their phone for curriculum-related assignments.

The consensus from the administration is that blocks are in place to keep the students safe. Vice-Principal Dr. Richard Price believes that the Internet is a potential distraction, and that it is a gateway to many unfavorable things, the main one being pornography.

“Fight the New Drug,” a group that gives presentations promoting awareness of the harmful effects of pornography, gave a presentation at Bingham a few years ago. They say kids are being targeted by many Internet sites, not just through specifically pornographic ones, and that they are getting addicted.

The district puts up blocks to protect the students and hopefully keep them shielded from exposure to pornography and other harmful things. However, it is not the job of the school district to monitor what kids can see. Most teens will be exposed to pornography outside of school, and nothing that the school district has done will be able to prevent that. It should be the job of each individual student and their parents to determine what is appropriate or inappropriate for them.

While the school WiFi has filters and firewalls, Dr. Price says, “Kids have gotten around the filters and the discipline isn’t fun. It’s usually a pretty embarrassing time for students and parents”

Social networking sites are inappropriate during lecture and some assignment time, but students should not be penalized and “shielded” from “inappropriate” sites because they have time to spare during class. Often things that are blocked for being “inappropriate” are nowhere near so. According to Bird the district uses a “rule steps” filter, which is used to display or block content based on who you are. This is why teachers can get on YouTube but students can’t. There are three different levels to the filter: K-6, 7-9, and 10-12. Bird says all of these filters are basically the same. High school students can see a majority of the same sites as kindergarteners. It is ridiculous that the district is trying to shield the students this much. Those in the 10th-12th grades have different assignments than elementary school kids, ones that need more information than is allowed by the district.

While the Jordan School District has good intentions, it needs to allow more through its filters. This way, students might actually be able to get a picture to reference while they draw, find a political cartoon for a history project, or a quote for Calligraphy. Also, Instagram, Pinterest, Facebook, Vine, and Snapchat, should be unblocked, because without them, free time during school is simply nap-time, which isn’t very “pinteresting.” Students should be allowed to make their own decisions and decide for themselves what is appropriate and what is not. They do not need JSD to be their big brother and monitor every move they make.

Do you think the school district should block websites and images? Comment below, let us know. If you want more Bingham Prospector Online, subscribe with your email.