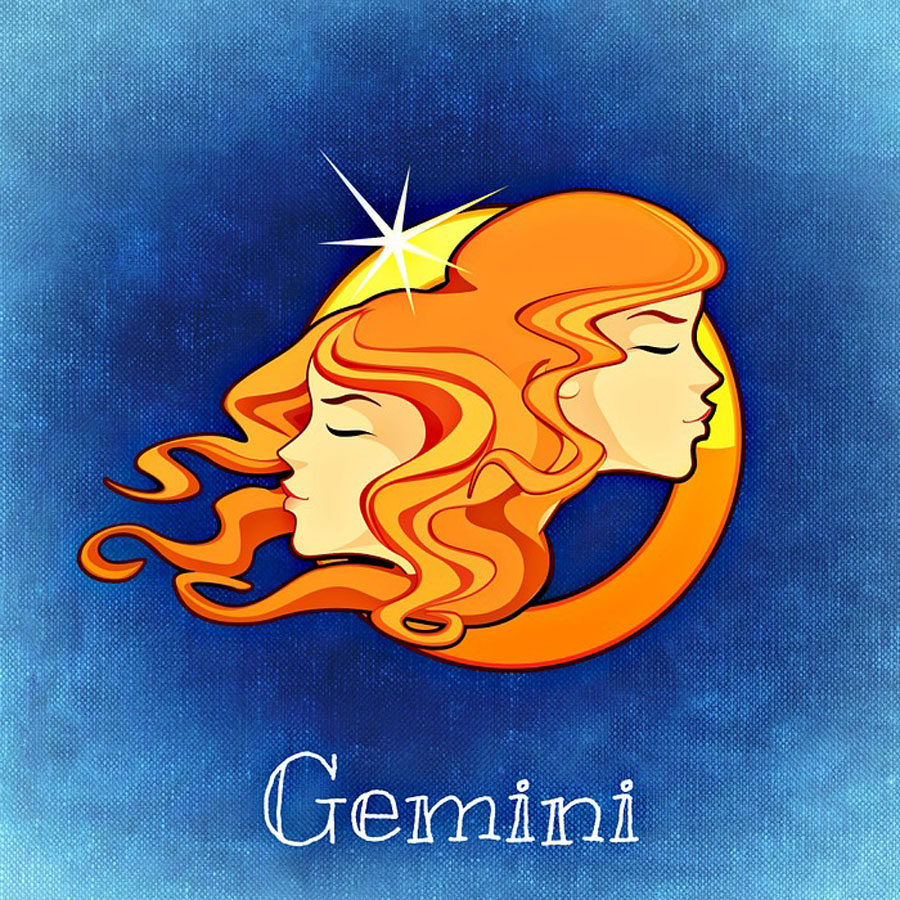 The Gemini star sign represents the Greek twins Castor and Pollux. They’re the patron gods of horses (for some reason) and were known to use their winds to help stranded sailors.

Space’s section Science & Astronomy describes the mythology behind them– or, at least, one version. They had two different fathers, yet were born from the same mother at the same time. Because of their separate fathers, one was mortal, and the other immortal. When the mortal twin died, Zeus took pity on the grief-stricken, sibling god and immortalized both of them as stars. Hence, the Geminis were born.

Astrostyle calls Gemini energy “quick” and “frenetic”. While our game is on, we can be sassy, quick-witted, and idea spitballing pros; the whole world is open to us and our whims. Then our mood crashes and we become these distracted beasts who judge everyone for the worse and run whenever danger calls. Just like Castor and Pollux’s winds, we are constantly changing, and with different moods can come entirely new personalities.

We talk with our hands. I cannot count how many times I have accidentally slapped someone next to me when I get passionate about what I’m talking about. My friends have learned to lean away from me whenever I start gesturing at the lunch table. It’s a problem but at least everyone knows when I’m about to become fiercely opinionated.

If you try to restrict a Gemini in any way, shape, or form, you have a storm coming. With all the energy we tend to build up, rules and pointless restrictions quickly become infuriating and will be shattered in the most dramatic way possible. That can include anything from dress codes to overbearing silences.

Whether or not you feel like this Zodiac applies to you is entirely your call. Embrace the strange side of astrology or pass it off as some mumbo jumbo that is entirely luck if it makes sense. At least know that you share a star sign with Morgan Freeman.